ThinkTank Theatre has announced casting for ‘The Wolves’, by Sarah DeLappe. 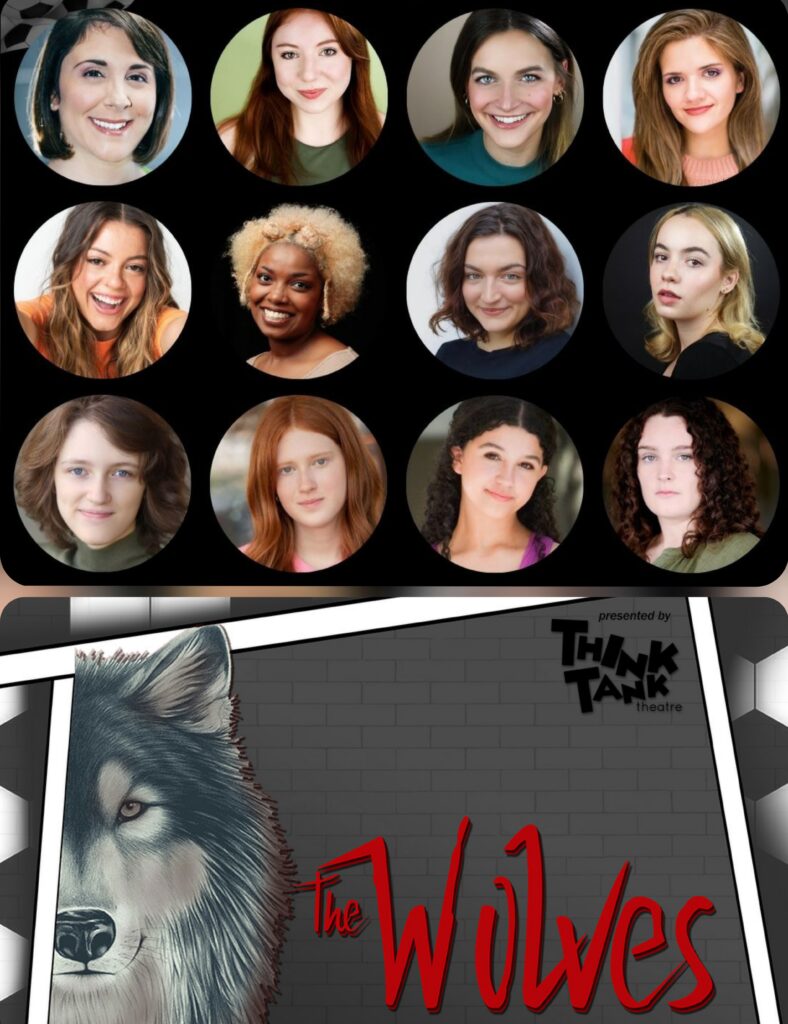 The play follows the experiences of nine teenage girls as they warm up for their Saturday morning soccer games.  ‘The Wolves’ is an Obie award winning play which opened off-broadway in 2016 and was a  2017 Pulitzer Prize Finalist. The play was a New York Time’s Critics Pick, and The Economist wrote “[The Wolves] is an absorbing portrait of female adolescence.” From the safety of their suburban stretch circle, a girls indoor soccer team navigates big questions and wage tiny battles with all the vim and vigor of a pack of adolescent warriors. The portrait of life, liberty, and the pursuit of happiness sometimes means real girls aren’t really well behaved.

This production of ‘The Wolves’ will also feature a number of ThinkTank’s Young Artist’ Ensemble (YAE). The YAE are  a group of auditioned high school theatre students who work alongside the professionals on ThinkTank’s production. ‘The Wolves’ will feature the talent of YAE company members Layla Kuck (12th Alonso) and Adeline Richardson (10th Academy of the Holy Name) who will split one of the roles. Megan Merrritt  (11th Plant) and Sofia Pickford (12th Alonso) will split another role. Sofia is an award winning designer and will double as costumes for the show.

‘The Wolves’ will be directed by ThinkTank’s Producing Artistic Director, Georgia Mallory Guy. Georgia is a member of the Actor’s Equity Association and has worked at Stageworks, Jobsite, American Stage, Freefall, TampaRep and many, many more. Georgia’s ThinkTank directing credits include The Lightning Thief, The Giver, and James and the Giant Peach.

‘The Wolves’ runs from January 13-22nd with a Name-Your-Price Preview on the 12th. Tickets will range from $30-$20. Tickets will go on sale December 6th at ThinkTankTYA.org. The Wolves is intended for ages 13+ due to adult themes and language.

The 2022-2023 season of performing arts events for ThinkTank Theatre is made possible through the generous support of the The Gobioff Foundation, The Arts Council of Hillsborough County and the Hillsborough Board of County Commissioners, The Florida Division of Cultural Affairs, The University of Tampa Physician Assistant Program, Palma Ceia Fit Body, Dark Door Spirits, Stageworks Theatre, the ThinkTank BOD, and ThinkTank’s many generous donors and supporters.