THE ROAD TO BEING A PRODUCER: Theatre Tampa Bay Catches Up With Tampa Bay Theater Festival Producer Rory Lawrence 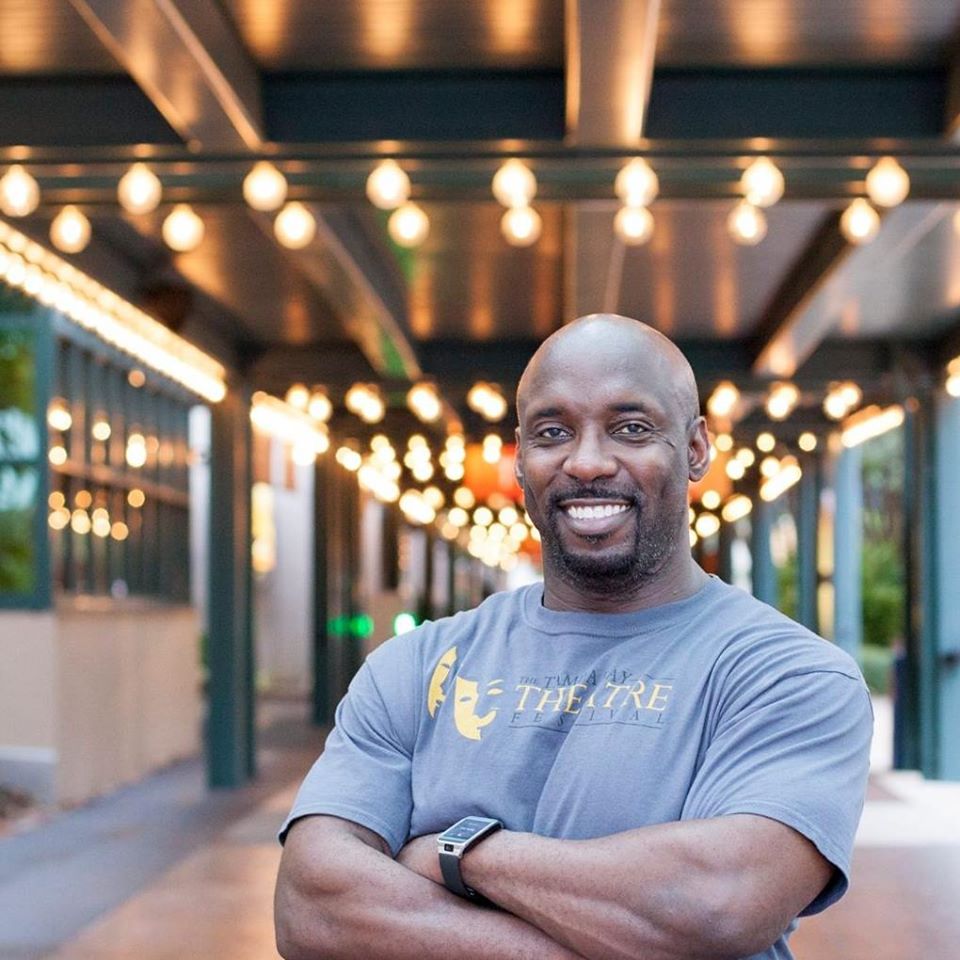 1. You are from Mulberry, near Lakeland, and I know that you started out in theatre in middle school. What was your first role? My first role was actually the “Telephone Man” in Barefoot in the Park. My drama teacher knew that I was a class clown and had me read the part and said “make it funny”. This was in high school and we had to do the play in front of the entire student body and I had never performed on stage before. I was so nervous that at the last minute I didn’t want to do it. All that I remember is that it was time for me to go on stage and I said to myself “I’m just going to be my silly self” and it worked. It was the first laugh that the play had and it was all good from there.

2. What was the turning point for you when you decided to train professionally, and where did you end up training? (Or who with) I had just moved to Tampa and I might have been here for a few years. I was really involved with my church and working with the young adult ministry. I remember meeting with my pastor and told him that I was feeling that I should do something different, I had no idea what but I felt I needed to do something different. He asked me “what are you looking to do” and I swear I blurted out “acting”. Mind you, I had no idea why I said that. I hadn’t been to a show since high school or college and hadn’t thought about acting since. So, the next day I started looking for acting schools. I found Venue Actors Studio with Corinne Broskette and trained there for a few years. I then started going to different workshops to learn different styles. I settled down with Andi Matheny for a couple of years and currently I’m with Kathy Laughlin at Performers Studio Workshop.

4. Was there a particular reason you decided to transition from acting to playwriting? Honestly, my goal was to only write short skits (which I never did) the reason why I wanted to write and perform skits was because there wasn’t a lot of parts for me to audition for. I simply didn’t fit a lot of the casting calls so I wanted to create my own. So one day I got with a few fellow actors and we decided to do a night of skits. So we gathered as many actors as we could and the length of the evening was only 40 minutes, so we decided to do skits and a one act play and it worked. I would never do that formula again but at that time it worked. We sold out the HCC Main Stage twice and it kicked off my theatre company.

5. I see that you are passionate about diverse casting and creating opportunities for diversity. Would you care to speak about that at all? Having a diverse cast and team was HUGE for me. In my quest to learn more about theater and get involved in the community I saw so much division but I don’t think that it was intentional. There were either all black acting groups, all white acting groups, all gay acting groups and it caught me off guard. I also noticed when I would attend shows it was full of older attendees, our seniors. I asked myself where is the youth? Where are the people who look like me? When we decided to actually become a theatre company, there were about 8 of us and as I looked around the room the people were black, white, gay, old, and young and I decided this is what we will look like. We will look like the city that we live in. In 2015 I wrote a play called “Hour Confessions” and Andrew Mechum did a review on the show and in the review he said that the audience was so diverse, which is very rare.

6. What gave you the original idea for the Tampa Theatre Festival?  I actually stumbled on the idea by accident. I was on my way to my gym in downtown and the streets were packed with all of these kids and I had no idea as to what was going on. Then I noticed some of them had t shirts on with drama and theatre mask on them and they were headed towards the Straz Center. So I called Jeanne Piazza and asked her what was going on? She told me that it was the annual Thespian Festival. I was shocked to hear that because I attended those when I was in high school. After that weekend was over I started looking to see if Tampa had something like that for adults and they did not. So I got on the internet and found festivals but they were in different states. Two of them were still taking submissions, one in Atlanta and the other in D.C. My plan wasn’t to submit but to go and attend them with a few actors to see how it worked but I had just finished writing a new play so I submitted it and it was accepted to both festivals. The overall experience wasn’t that great but it showed us what could possibly work and what would not. So when I got back to Tampa I was a member of Theatre Tampa Bay at the time and I brought up the idea of TTB doing a festival and got a lot of pushback. I didn’t want to run the festival, I simply wanted to volunteer and be behind the scenes and do stagehand duties. So, TTB had another meeting (we met quarterly) and I brought it up again and was met with the same response. So I got with my team and asked them if they thought that we could do it and of course they didn’t know any better and said yes so we decided to go for it. We literally stepped out on faith. We had no money, no venues, no sponsors, or anything. I was super surprised when the Straz said that they would come on board as our main venue sponsor and then HCC gave us so much support Suzy Devor was a blessing and Keith helped us out a lot along with Stageworks. I was blown away how the theatre community came together to support us. So, the first year we didn’t know what to expect. Presales were awful, we were in over our heads, and we didn’t know if 10 people would come. Well when the doors opened the people came and they kept coming and coming and we were ill prepared for the crowd. Almost every workshop and event sold out. The next year the same thing happened and it was at that point I realized that we have a festival. We still don’t have all the answers and feel like we are guessing at what will and won’t work but we have made up in our minds that we are going to have fun and provide a platform for whosoever will come.

7. Why do you believe theatre is important? I believe theatre gives a voice to those who have something to say. It’s an art form like no other in my opinion. It’s a place of peace for artist and an escape for attendees. Live theatre is hard to explain but I do know that it does something for the soul when it’s done right.

8. Is there any advice you would give to young theatre folks out there? Follow your passion. Even when you don’t have the support of family and friends don’t give up on your dreams. Put in the work and your opportunity will come. Stay ready so when the opportunity comes you don’t have to get ready.