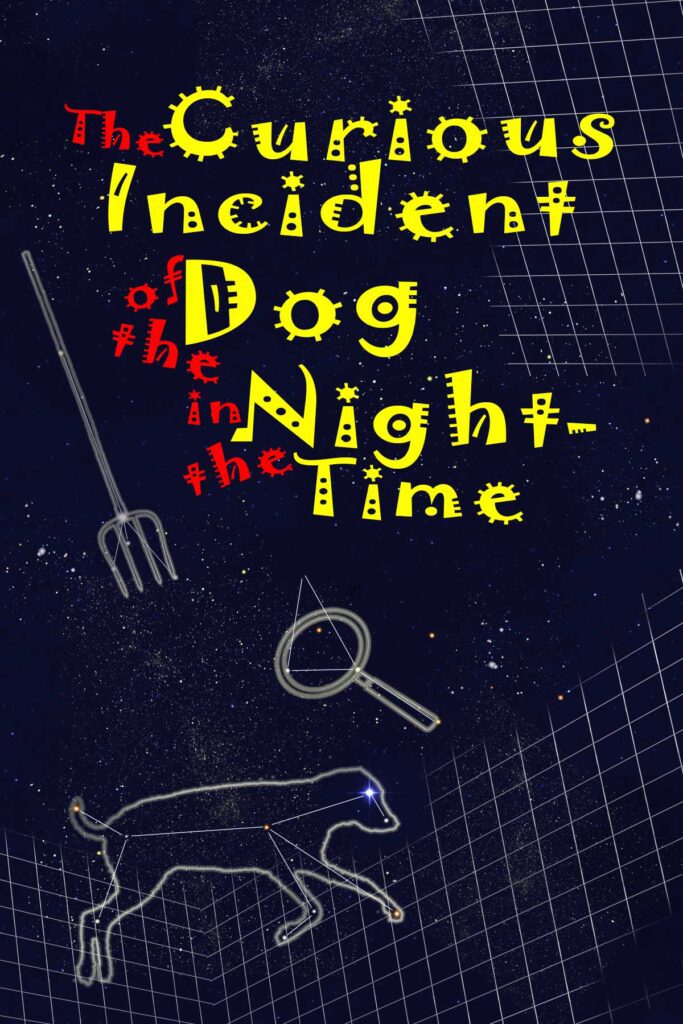 THE CURIOUS INCIDENT OF THE DOG IN THE NIGHT-TIME

Casting is set for the Tampa Repertory Theatre and ThinkTank Theatre production of THE CURIOUS INCIDENT OF THE DOG IN THE NIGHT-TIME, presented at Stageworks Theatre in the Channelside district of Tampa. The Tony Award-winning play by Simon Stephens is adapted from Mark Haddon’s best-selling novel and directed by TampaRep producing artistic director Emilia Sargent. “CURIOUS INCIDENT” opens November 26 and plays weekends through December 19.

In “… this highly original, deeply engaging play” (Elysa Gardner, USA Today), we see the world through the eyes of brilliant young Christopher Boone as he leverages his gift for logic to solve a crime despite his struggles with the sounds and stresses of everyday life. Richard Zoglin of Time Magazine said that THE CURIOUS INCIDENT OF THE DOG IN THE NIGHT-TIME is “… a play that works on every level — crowd-pleasing, eye-opening, life-affirming and unmissable.” Elisabeth Vincentelli of The New York Post says, “This is the whole package, a rare case of family entertainment that speaks to the heart and brain.”

Starring in the role of Christopher will be regional actor, national anthem singer, and disability advocate JJ Humphrey. “As an actor on the neurodiversity spectrum, JJ brings not only his exceptional talent and enthusiasm to the show, but also an authentic understanding of the issues that the character of Christopher faces,” states Sargent. “We couldn’t be more excited to work with this exceptional young man to help tell this important and beautiful story.”

Additionally, “CURIOUS INCIDENT” will feature the talents of  TampaRep alums Andresia Moseley* (“Flying”) as Mrs. Gascoyne, Larry Corwin (“A View from the Bridge”) as Rev. Peters, and Donna Delonay* (“The Children’s Hour”) as Mrs. Alexander. Rounding out the cast will be Jason Blackwater* as Ed Boone, Marie-Claude Tremblay* as Judy Boone, Calee Gardner as Sibohan, Cranstan Cumberbatch as Roger Shears, Ryan-Patrick McLaughlin as The Policeman, and Imani Alvarado* as Punk Girl. (*indicates a member of the TampaRep/ThinkTank Repertory Company)

Tampa Repertory Theatre has joined forces with ThinkTank Theatre TYA and Stageworks Theatre to present “CURIOUS INCIDENT”, the first time the play has been produced by a local organization, though the national tour played at the Straz Center in 2016. “I’ve wanted to tell this heartwarming story for a long time,” says Sargent, “and partnering with ThinkTank on a project like this is the perfect fit, given their expertise in theatre for young audiences.”

The other side of the partnership coin will show ThinkTank Theatre’s production of THE GIVER by Eric Coble, an adaptation of the Newbery Award-winning novel by Lois Lowry, and both productions will be hosted by Stageworks Theatre. ThinkTank producing artistic director Georgia Mallory Guy will direct THE GIVER, and offered her thoughts on the collaboration: “I am beyond excited for this project.”

“I don’t believe two companies in the Theatre Tampa Bay Community have come together before to create a Rep Production format like this, and that’s what makes this collaboration so very special. ThinkTank and TampaRep have two shows that are sure to stir your mind and invigorate you all in one fell swoop. Can you just catch one and enjoy yourself? Sure. But why not see how creative we can get when we team up and make magic that matters, “ elaborates Guy.

Tickets for both THE CURIOUS INCIDENT OF THE DOG IN THE NIGHT-TIME and THE GIVER are available by calling (813) 556-T.REP (8737), or online at http://www.tamparep.org or https://www.thinktanktya.org/. Tickets range from $20–$40 (ticket prices are subject to change).